Born in Buenos Aires, he started to work in 1992 as a resident DJ at the club BORSALINO in Vitoria-Gasteiz on Sunday afternoon sessions. This nightspot early became a musical reference for many people from the nearest cities.

In 1994 the idea of creating PRODUCCIONES WAREHOUSE sprang up. Several musical events had been organized under this label in clubs in the north of Spain over almost eight years.

In 1998 he successfully released a promotional CD. Afterwards he organized WAREHOUSE sessions every Saturday for a year at the club OROSCO in Miranda de Ebro.

Nowadays he can play styles such as deep and tech house in his sets.

It is quite common to meet him in different clubs in the north of Spain. Although it is not unusual to see him in Madrid, Murcia, Alicante, Tarragona, Zaragoza, Valencia, Marbella, etc. 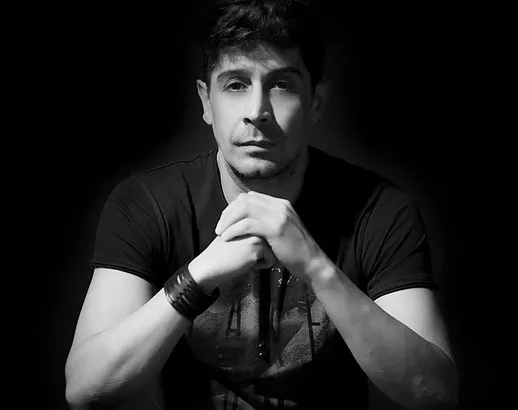 His music has crossed Spanish borders and he has been called repeatedly from clubs in France.

He has also played at legendary nightspots like SPACE and PRIVILEGE in Ibiza, BCM and ZORBAS in Mallorca.

He has been a resident DJ at clubs such as BORSALINO, LOGIA and PRAVDA in Vitoria-Gasteiz, ARTSAIA and REVERENDOS in Iruña-Pamplona, CONJUNTO VACÍO and ARREBATO in Bilbao.

In March 2002 he opened a record store, EDUCATIVE RECORDS, and in November 2004 he set up his own DJ and Musical Production Academy.

Last year he played at PENÉLOPE Ibiza in a party organized by the MONZA German crew.

He has also been present in IBIZA SPACE World Tour in 2007.

Nowadays he organizes events in clubs of the north of Spain under the WARE PRODUCTIONS label.